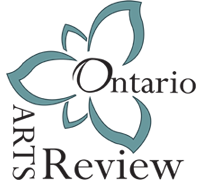 “MOSAIQUE” from the ‘Ensemble Made in Canada’

Ensemble Made in Canada, comprised of Angela Park, piano; violinist Elissa Lee,; violist Sharon Wei and cellist Rachel Mercer, commissioned a major new work from 14 Canadian contemporary composers pulled together into a piece called Mosaique. The composers were each given an area of Canada to represent musically, usually an area where they had lived or visited frequently, EMIC then arranged these compositions into the finished work. In the Q & A after the performance Mercer said they had tried various groupings and were still open to change, at the moment seven compositions form the first part of the concert and the remaining seven are played after intermission.

While listening the audience were given paper tiles with lines or dots on them and asked to doodle as they listened. These tiles would then be posted to their website for viewing.

Currently the work opens with Richard Mascall’s lovely, flowing mysterious evocation of the Peterborough petroglyphs conjuring a time before our written history. Northwest Territories are represented by David Braid’s harsh, dissonant Great Bear River Blues followed by British Columbia via Ana Sokolovic’s atonal minimalism. William Rowson (Nova Scotia) offered a noisy, boisterous Short Variation on Waves which sounded like Shostakovitch meets sea shanty – a lot of fun. Sarah Slean (Newfoundland) wrote a gorgeous melodic piece about ‘Jonny Pippy‘ of Pouch Cove, on a bicycle at dawn riding in coveralls and a toque regardless of the weather. Vivian Fung’s Shifting Landscapes (Alberta) reminded the listener of a train chugging across the vast expanse of the prairies.

The first half wrapped up with Julie Doiron’s Blessed (New Brunswick) which suggested a walk in nature on a lovely day with the cello counting the footsteps. After intermission Odawa First Nation composer Barbara Croall (St. Lawrence Seaway & Great Lakes) offered We Come Paddling Here with the piano being the water and the strings doing the hard work of paddling. Nicolas Gilbert (Quebec) again chose a water motif with the river flowing between urban areas represented by busy discordant sections. Andrew Downing (Manitoba) was also busy and discordant, but fun and approachable with his Red River Fantasy. Kevin Lau (Yukon) began his Race to the Midnight Sun with both cello and violin playing bass notes. Samy Moussa (Nunavut) offered a slow, eerie, otherworldly Orpheus in Nunavut followed by Nicole Lizee (Saskatchewan) raising the ghosts and phantoms from the Bessborough Hotel using parchment paper to rub the strings of the violin and viola and the players stamping their feet occasionally.

Darren Sigesmund (Prince Edward Island) wrapped up with Kensington Ceilidh, lively ceilidh music with a jazz beat which was reminiscent of waves breaking on the shore and was a nice accessible finale. The audience were attentive to this well presented and extremely well played new work and it was obvious that some sections were better received than others, but everyone seemed to appreciate the opportunity to hear such a selection of new music. EMIC are performing this work across Canada and have already played it about 30 times with obvious enjoyment.