Ensemble Made In Canada is rapidly gaining recognition as Canada’s premier piano quartet. Awarded the 2006 CBC Galaxie Stars Award from the Banff Centre for the Arts, EMIC was featured in 2008 Chatelaine Magazine’s 80th anniversary issue as “Women to Watch” and an ensemble that is leading the next generation of classical musicians. The members of the group have been forging outstanding individual careers and bring together a wealth of experience having already appeared at prestigious festivals such as Marlboro, Ravinia, Orford, Verbier, Prussia Cove, Pablo Casals and Evian. EMIC has performed for Winnipeg Virtuosi, Montreal Pro Musica, SUNY New Paltz, Stratford Music Festival, Ottawa Chamberfest, Parry Sound Festival of the Sound, Jeffery Chamber Music Series, Lindsay Concert Productions, Almonte in Concert, Women’s Musical Club of Toronto, Kawartha Concerts, including multiple work cycles for the Kitchener-Waterloo Chamber Music Society. EMIC has provided master classes, chamber music coachings, and lectures at universities across Canada and in the United States and have also participated in outreach programs for public schools in Ontario. The group is grateful for support from FACTOR, the Canada Council for the Arts and the Ontario Arts Council. EMIC has been Ensemble-in-Residence at Western University since 2014.
​ 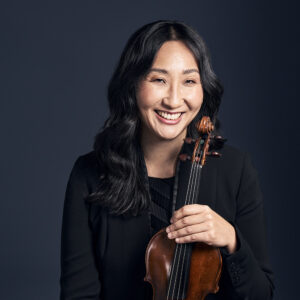 ELISSA LEE, violin
Winner of the 23rd Eckhardt-Gramatté Strings Competition, Elissa Lee has appeared as a soloist with top orchestras across Canada. She has held positions as second concertmaster in both the Oslo Philharmonic Orchestraand the WDR Sinfonie Orchester. Now enjoying a busy freelance career, Elissa tours frequently the greatest concerts halls and festivals in Europe. She has performed as Concertmaster with the Rundfunk Orchester München, the Swedish Radio Orchestra, the KlangVerwaltung Orchestra in Munich, and Festival Strings Luzern, and in leading positions with the Mahler Chamber Orchestra, the Komische Oper Berlin, the Stockholm Philharmonic Orchestra and Luxembourg Philhamonic and the Canadian Opera Company. She has also been a guest of world renowned Chamber of Orchestra of Europe, and the Berlin Philharmonic Orchestra and has worked under the baton of Claudio Abaddo, Simon Rattle, Nikolaus Harnoncourt, Bernard Haitink and Daniel Harding. As a chamber musician she has performed with Louie Lortie, Augustin Dumay, Anton Kuerti, Pascal Devoyon, Kevin Fitzgerald, Lawrence Lesser, and Shauna Rolston and has been a frequent participant of Open Chamber Music in Prussia Cove, England. Elissa Lee joined Ensemble Made In Canada in 2010, which performs concerts and tours throughout Canada and the United States.
Visit Elissa Lee’s website 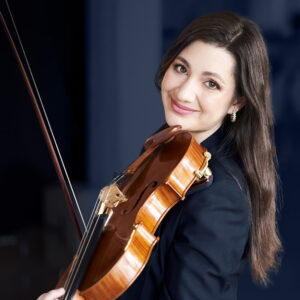 SHEILA JAFFÉ, viola
Canadian violinist and violist Sheila Jaffé is praised for her versatility and expression on the instrument. She is equally comfortable and compelling in recital, chamber music, and orchestral positions, and is committed to excellence in every capacity. She has performed across North America and Europe as a chamber musician, orchestral player and soloist. Very much in demand in chamber music circles, she has performed in numerous international festivals, including Domaine Forget in Quebec, IMS Prussia Cove in England, Toronto Summer Music and Ottawa Chamberfest. She helped found the Rosebud Chamber Music Festival in Alberta, where the Rosebud String Quartet was formed. The quartet now performs regularly in and around Toronto, and will be playing in Albuquerque this summer. Sheila completed her studies in violin at the Université de Montréal and the Hanns Eisler Hochschüle für Musik in Berlin, Germany before moving to Toronto to join the viola section of the Canadian Opera Company in January 2015. Since then, she has become an integral part of Toronto’s musical community and has performed with several established ensembles in the city. She performs regularly with several contemporary music organizations, as well as chamber music and recital series’. Sheila also holds the position of principal viola of the Canadian Opera Company Orchestra and the National Ballet Orchestra, and is regularly invited as guest concertmaster of several regional orchestras. Her debut album recorded with pianist Huw Watkins will be coming out in fall 2022 as well as the Rosebud String Quartet’s first album of Haydn quartets and a Mozart quintet with guest violist Steven Dann. Sheila plays on a Francesco Gobetti violin (1710-15) and a Raymond Schryer viola (2006) on generous loan from Canimex. Visit Sheila Jaffé’s website 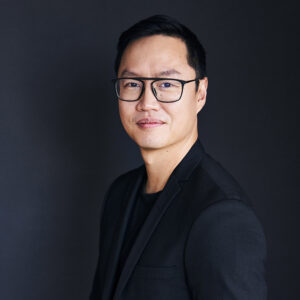 PHILIP CHIU, pianist
“A pianist-painter who transforms each musical idea into a beautiful array of colours” (La Presse), Philip Chiu is acclaimed for his brilliant pianism, sensitive listening, and a welcoming stage presence that eschews the hermit-pianist image in favour of openness, authenticity, and connection with audiences. Inaugural winner of the Mécénat Musica Prix Goyer, Philip has become one of Canada’s leading musicians through his infectious love of music and his passion for creation and communication.

Philip concertizes extensively as soloist and chamber musician and has performed solo recitals, concerti and chamber music concerts in most major venues across Canada, as well as in France, Japan and the United States. Chamber music partners have included James Ehnes, Emmanuel Pahud, Regis Pasquier, Noah Bendix-Balgley, Bomsori Kim, Johannes Moser, and the New Orford String Quartet; he also has a long-standing violin-piano duo with Jonathan Crow. Philip is a veteran touring artist of Prairie Debut, Jeunesses Musicales Canada, and Debut Atlantic, having toured the country 14 times with their generous support.

His most recent solo album Fables is part of an upcoming triptych (ATMA), presenting original commissions from distinguished composers such as Barbara Assiginaak, Odawa composer and recipient of the Order of Ontario, alongside the music of Ravel and Debussy. Other recent recording projects include John Burge’s 24 Preludes for Solo Piano (Centrediscs), as well as a recording/concert project with Pentaèdre honouring the music of Jacques Hétu (ATMA) recognized by Le Devoir as “A useful disc, superbly performed.” Also released in 2021: Tapeo (ATMA) with cellist Cameron Crozman offers colourful Spanish music and Night Light (Leaf Music) with flautist Lara Deutsch.

He is grateful for the support of Mécénat Musica, the Sylva Gelber Music Foundation, and the Canada Council for the Arts. Philip also wishes to thank his teachers and mentors; notably, Marc Durand, Jenny Regehr, Susan Steele, and the late Peter Longworth. 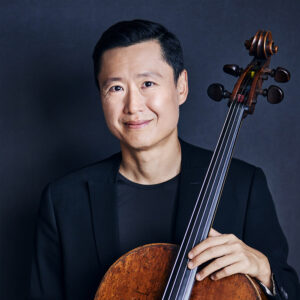 TREY LEE, cello
Hailed a “Miracle” by Gramophone, Trey Lee enthralls audiences with his virtuosity that combines intellectual sophistication with profound depth of emotions. His concerto debut at Carnegie Hall won him a standing ovation, with The New York Times critic Anthony Tommasini declaring him “the excellent cellist…with enveloping richness and lyrical sensitivity.” The late Lorin Maazel praised him as “a marvelous protagonist…a superb cellist” after conducting Trey as soloist with the Philharmonia Orchestra of London. In his performance with the Netherlands Philharmonic at the Royal Concertgebouw Hall, Trey was acclaimed by the critics as a “Star Musician.”

Trey is often invited as a featured artist at major events around the world, such as the launch of The IMAGINE Project with Yoko

Ono, Hugh Jackman and ABBA’s Bjorn Ulvaeus to celebrate the 25th anniversary of the United Nations Convention on the Rights of the Child at the UN General Assembly Hall. As artistic director, he has spearheaded several music festivals, including the Musicus Fest, the Hong Kong International Chamber Music Festival, and, most recently, the Reimagine Music Festival of Malaysia.

He is a regular guest at festivals around the world, including Kuhmo, Banff, Marlboro, Seoul Spring, and the Australian Festival of Chamber Music. On stage, Trey partners with many of today’s most sought-after stars such as Julia Fischer, Vilde Frang, Pekka Kuusisto, Bruno Canino, Vladimir Mendelssohn, Alexander Sitkovetsky and the Borodin Quartet. Trey has also given the world premiere of Bright Sheng’s latest cello concerto dedicated to him, The Blazing Mirage, inspired by UNESCO World Heritage site of Dunhuang.

Trey is a laureate of major international competitions, including First Prize at the International Antonio Janigro Cello Competition, and major prizes at New York’s Naumburg and Helsinki’s Paulo International Competitions. Several albums in collaboration with EMI have been released, and have topped the classical charts. In addition, he can be heard as the featured soloist on the original EMI-released soundtrack recording for the Sundance Festival featured film “The Drummer.” His other albums include Bright Sheng’s The Blazing Mirage under Naxos and The Dream of Red Chamber Suite with the National Chinese Orchestra Taiwan. Trey has been featured by the Financial Times, CNN, China’s CCTV, and Italy’s Il Corriere Della Sera.

Trey’s cello is the 1703 “Comte de Gabriac” by Matteo Goffriller previously played by the Canadian cellist Kristine Bogyo, and is currently based in Berlin, Germany.